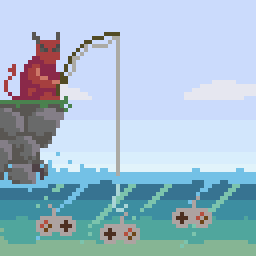 This post tries to provide some insights about my experience working with key distributions for Trespassers during its Early Access stage on Steam. The game started with the minimum content, and some things that needed to be tested by the audience before deciding to distribute the game to the press (except if they are the ones contacting us). It will be done later if the development has advanced with more contents.

First off, in case you don’t know how it works, it is really simple: you just ask Steam for some keys (on your game’s page, not emails) and, in few hours or less, you got them. I usually ask for few (~50) and have had no problems. Those keys can be redeemed for the game, just like if you have purchased it. Your keys are one of your tools to get your game promoted, so you should work wisely with them.

One thing to note is that players using those keys seem to not be considered towards the rating of the game on Steam. Their reviews still appear in the community page, they can tag your game (highly recommended! Increases visibility) and do everything as normal, but reviews do not add up for the game’s rating.

Once your game is launched (or even, its release date is announced), you will start receiving mails from vastly different people/entities. How would you handle the distribution? You can send some keys to your beta testers, but when you need to answer many requests from potentially unknown sources, manual distribution is not the way to go.

Fortunately, there are services like Keymailer or dodistribute that help you managing a large key inventory. Following recommendations from some peers, I’ve used Keymailer, but both or any other like those will do. What yo do is just upload a bunch of keys, and the service whenever someone requests a key. Then, you decide if you give them one of the previously uploaded or not -no emails!

Usually, those interested have their stats shown to you, like the number of followers in Twitter or subscribers in YouTube, along with some kind of rating as players. Keymailer has two separate groups depending on whether they are accredited or not. You can send to whoever you want, though. The process is simple: you have a request, and click the “offer” button, and the system keeps track of the key. As far as I know, it does not see if the game has been redeemed on Steam; just on the system, but will give you an idea of the interest from the one requesting it.

For press review this may not be the best place to get an idea of how popular the requestor is. But you can check its site with alexa’s site info tool and compare to the popularity of sites that you consider worth it.

If you are running out of keys and don’t want to ask for more, Keymailer allows you to claim back those that have not been redeemed by the requestors. They will have to ask again.

Find reviewers suitable for your game

Although sounds so tempting to send a key to everyone requesting one, to get more exposure, few of them will make a review or even play the game. This is why it is important to check the channels managed by the user (YouTube, Twitter, Twitch…) and watch what type of content is creating. Many just play the current popular game (PUBG, Minecraft, GTA mods…), but there are others truly interested in the kind of game like yours.

Go for those; even if they have few subscribers, they are more likely to make a video about the game. If it is good enough, you will get a gameplay video to show. In the worst case, you will get to see how people play your game.

It would be nice if you drop a line expressing thanks for the time and interest directly to those that use that key for the intended purpose. This industry is full of nice people, keep being one of them ;).

One of the problems with PC games is that annoying grey market of key resellers, and the webs that allow and promote those transactions.If you haven’t heard, sites like G2A (won’t link them) offer keys for games at ridiculous prices, even big names. Where do those keys come from? Probably they come from other players that have keys they are not going to use. Why do they have them in frist place? If you have ever purchased a bundle of games, I’m sure there were games you already had, or are not going to play. Instead of giving it to a friend, you put those keys on sale on that grey market and have some money returned. In that way, you could purchase a game in a bundle by paying the bundle with the games in it. Other way to get keys is asking for them to the publisher/developer -you.

I don’t really know if it is illegal to resell the keys, but the practical point of view is that it hurts the industry so much by devaulating the games, and thus, the work behind. In some way, they are even worse than piracy, and as a developer and player I don’t want to contribute.

Although Keymailer may help, you will still get many emails requesting keys as “I have seen [YOUR_GAME] on Steam and am sure my subscribers will love to watch it!”. For me, the easiest solution is to reply redirecting them to Keymailer, which will need to somehow validate them. Most will not ask again or even request a key in Keymailer. The few ones that overcome that hurdle are more work for you.

Check his/her channel and see what are the contents offered. I’ve found some youtubers posting the usual gameplay videos and, among them, some others that explain how to download a pirated game. Please, avoid them. Others are simply interested in FPS, haven’t ever posted a single video of an RTS game like yours, so they are not likely to be interested. And that key may end up being sold or used for any other purpose than the intended.

Also, check the email where the request comes from. Nothing definitive here, but it is far more suspicious someone from a non-corporative email (username at hotmail dot com, for instance)

Simple point: as a developer you earn nothing with those giveaways, unless they are visibly promoting you, which will not happen. You will be the one losing value. You may want to do it if they are well known to you or they represent a big site. Other than that, they are asking for you to be nice and give them some extra keys (hey! They are free!) so they can promote their channels.

One point that they usually make is that there are many of them working on games and that would like to play yours, so the review is done faster and with more accuracy. They usually come from small sites that are linked in the email, so you can judge. If they do not link in the email, be suspicious about them; they work by promoting their site and are (intentionally?) missing an obvious opportunity to get someone taking a peek about who they are and what they do -not so professional.

(*) Unless your game needs more than one player. In that case, it is reasonable to expect those requests

Basically, they are asking you to be the one who devaluates the game. I don’t know how would they get the money back, but the few I’ve come across persisted asking for them, arguing that in their big Steam group sure there are people genuinely interested in my game. Such a large amount of keys will sure end up being resold, or making profit in a way that you do not see.

Bonus: an extract of the emails chain between me and some bulk buyer. I previously told that I failed to see where my gain was in his proposal (he offered the numbers above), and if he planned to resell them, I could do it on my own without sharing the revenue.

I hope this helps in clarifying a bit how to manage the key requests. Feel free to leave any comment you may want, so I could add more useful information to the post.